You probably think that I'm a bit schizo or have ADD considering the fact that I jump from one unrelated topic to the next but mainly it's because I get bored beating singular topics to death. One thing I rarely get bored with is ephemera.

You know, that stuff that is printed for the minute but which always manages to be scavenged and saved by a few dozen people who then store their worthless ice cream box in the attic or a newspaper in the closet. Fast forward 25 or 50 years and the stuff becomes a collectible and the grubby bastard sells it to buy more junk.

Unfortunately, most of my ephemera is useless old junk. Which should deter me but doesn't because I get to pass it on to you even if you don't want it. 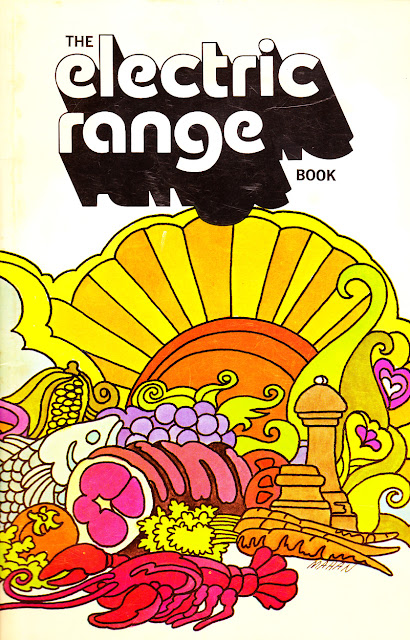 This is some 1980s looking propaganda with remnants of the 70s peeking through. It only takes an opening of the cover to confirm as much. 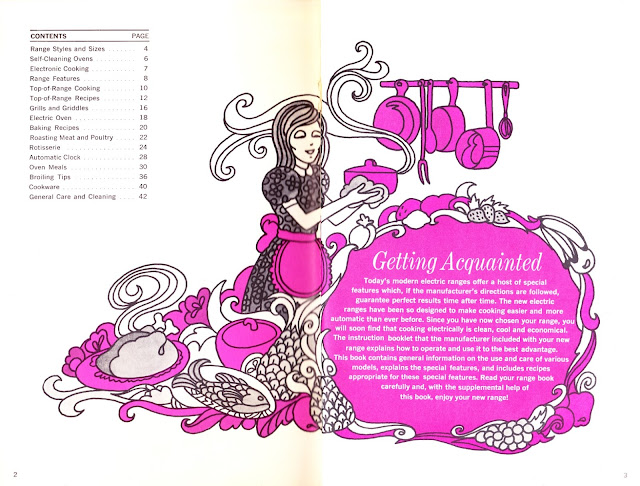 As you can see, mom's either been cooking the collard greens too long, toking on some green while she bakes or is merely transforming into Munch's Madonna before turning into The Scream. 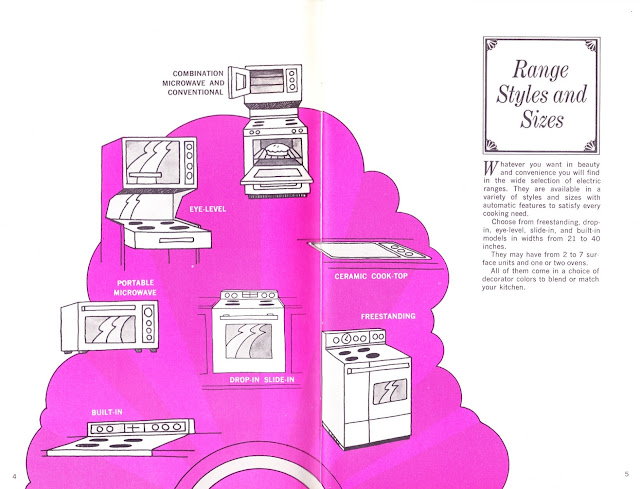 And just in case you're still sporting one of these outrageous machines here's a western bologna barbecue recipe fit for a king of kitchen kitsch like yourself. 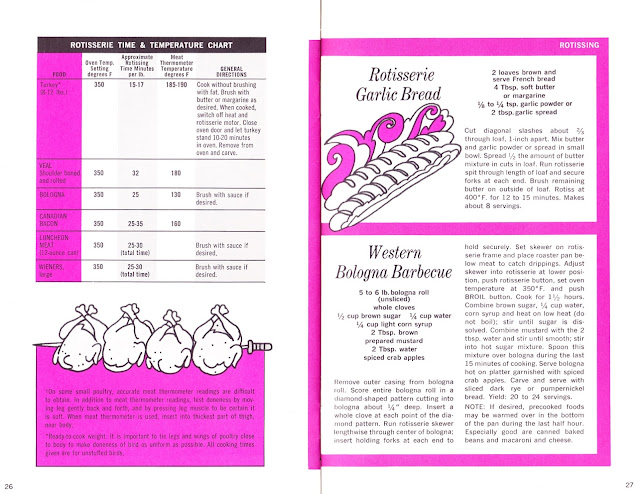