The Art of Jodi Arias Pt. 2

The second batch of drawings listed went for much higher prices thanks to sensationalist journalism. Where they fetched one or two hundred dollars beforehand the prices skyrocketed into the thousands on occasion.

"Pisces #2" marks the beginning of the second run and also the last of the listing of zodiac drawings. As stated before the media coverage drove up the price substantially on this one to $1525.00. 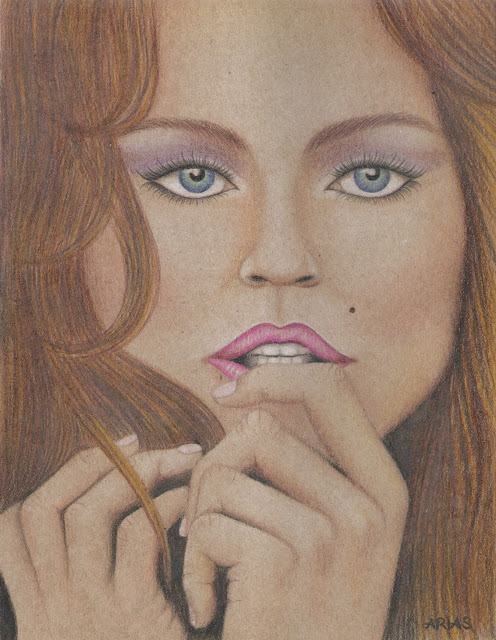 Her "Grace Kelly" portrait was the apex for her selling prices. It's also the start of a 1950s mini-series of portraits. I wonder if the family cheered when they learned they had Sheraton money now as opposed to the Motel 6 they were probably staying at beforehand. I keed I keed! Who knows where they stay and frankly who gives a shit. The drawing went for $3,050. A second listing also sold for $599.99 though it's not clear whether they are the same, a reproduction or a forgery! Egads! 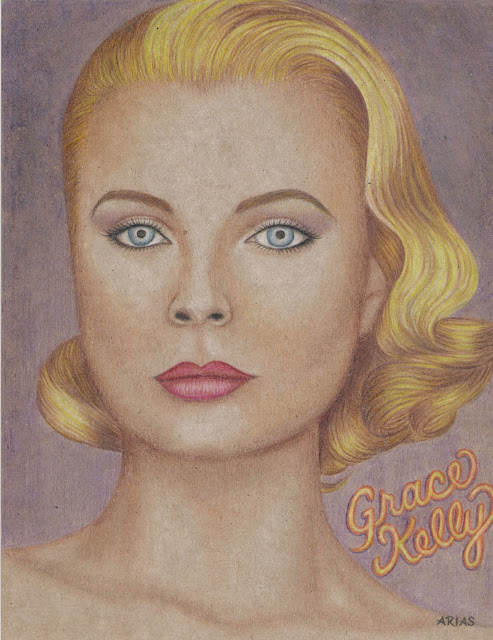 Next came some interesting lithographs from the stabbing mistress. They were offered by a different seller so the authenticity is further muddled. The scenery itself in this litho looks traced and the people drawn in but what do I know? The fact that it's entitled "Mother and Child" offers no answer. The price is a modest $210. 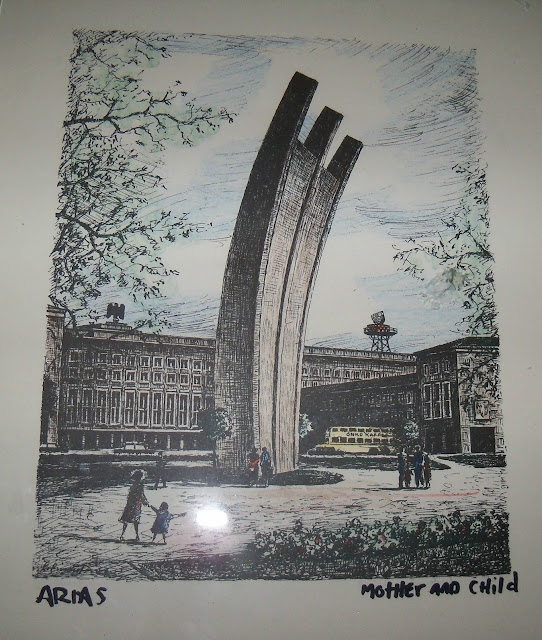 The second in the lithograph series entitled "Love in the Air" (or is that "Blood in the Air"?!?!) is a lot more likable than the first though the heart enclosing the couple is tacky as fawk. $210 worth of tacky. There was a non-payer on the original listing and when re-upped it fetched the same price. 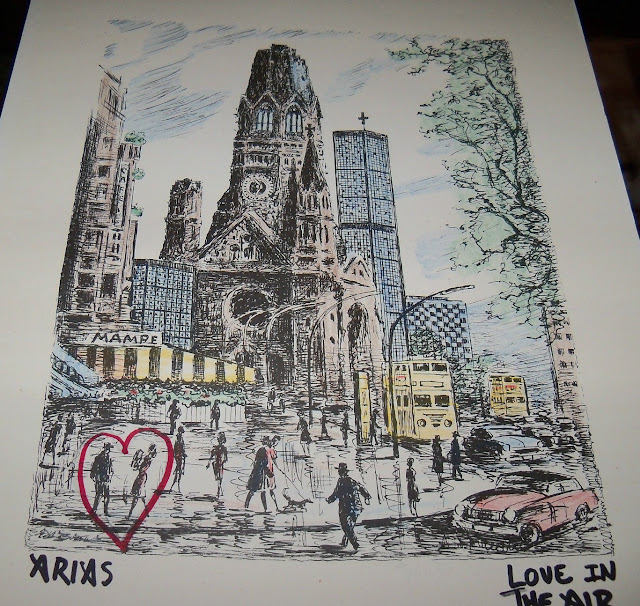 This next offering is a pottery jar by another seller and frankly looks nothing like anything she has drawn. The signature looks similar but was definitely put on at a different time than the JA. In my own non-professional judgment this is a forgery and clearly not a Jodi Arias piece. Could it be a Travis Alexander piece? That was a joke people. A morbid sick joke. Whoever sculpted it created $430 worth of folk art. 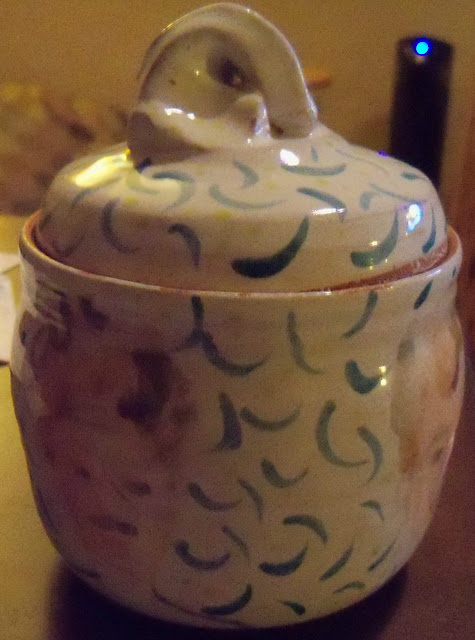 The pottery listing was also the first time that questions in the form of vitriolic comments appeared on a listing. Here's the laundry list which also includes some pertinent questions of authenticity and the multiple sellers. 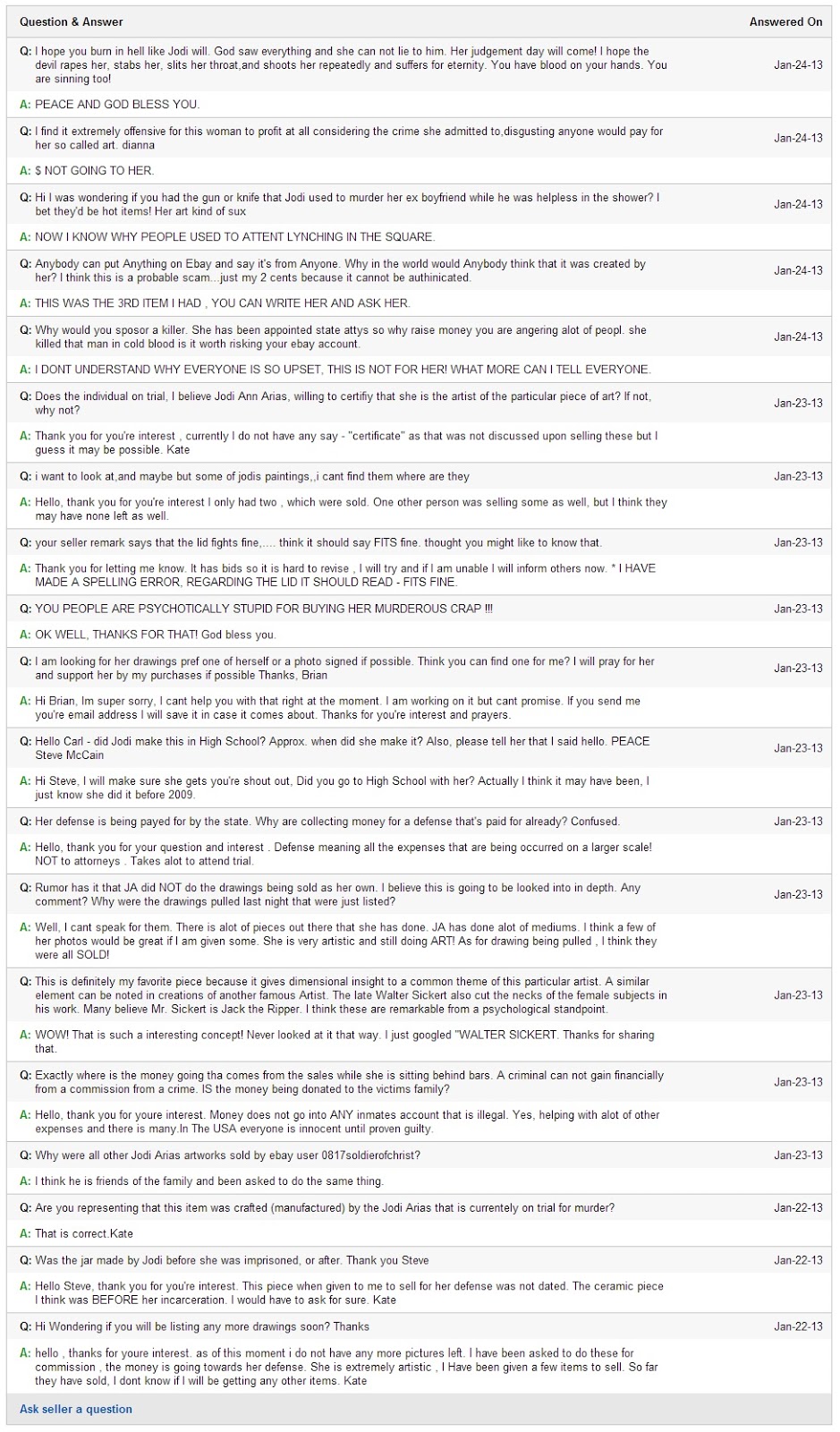 Next, we turn to courtroom doodles. This highly unpolished scribbling seems to have been a hit with the buying public as it topped out at $885 and 10 bids. Notice the Snow White looking girl with the black eye and tears streaming down. A foreshadowing of the defense's plan to paint her as a victim? 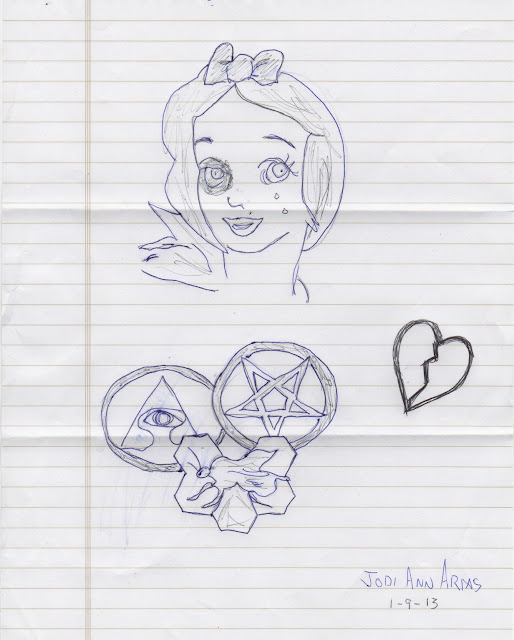 "Perched" is a return to the oblique portrait art. Another drawing, another seller. Any artist with an ounce of skill could probably copy her style and signature and make a few bucks before anybody caught on. Perhaps they already are. The buying public was convinced nonetheless and bid 41 times for a grand total of $1,575. 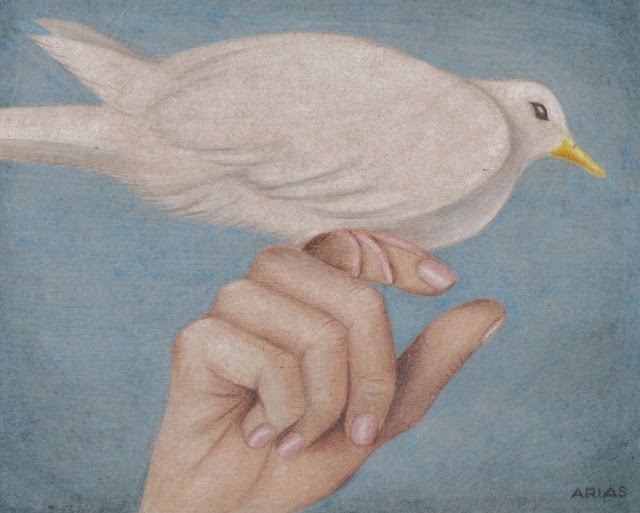 What's the connection between Snow White and her black eye, the all seeing eye and the pentagram? Hmmmm....

Oh yeah, and the monarch butterfly...

I was thinking the same thing but it was 4AM when I was posting it and I read somewhere that much of it was supposedly Mormon symbolism. I was too tired to look. I still am.

The 2 tears under Snow White's eye could be prison tattoos indicating the number of kills she's had. Maybe they should be looking for another corpse?

You may be onto something Jennifer!

its satanic symbols, not mormon!! like, did you all just crawl out of a rock and never seen a pentagram before?? the pyramid and all seeing eye is a illuminati reference and the bee refers to the hive mind...in other words... brain washed masses of people.