The Michael Savage Method For Getting off Cocaine 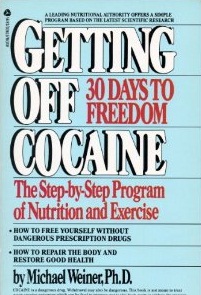 Anybody who has even remotely researched talk show host Michael Savage knows of his checkered past as a tottering right wing apostle with borderline beatnik tendencies. A notion that isn't quite so foreign when you consider Jack Kerouac's ideas on the origin of the Beat movement, which he also founded.

But he also has an academic background, highlighted by his pretentious use of the Ph.D. suffix at the end of his given name, Michael Weiner, and also through a litany of published books covering the gamut of alternative medicine and nutrition.

While he has mentioned many of these books, including his guide to beers and breweries of the world, I had never come across his tome for getting off cocaine. After reading a few reviews which state that he suggests coffee enemas, vitamins and a healthy diet to ward off the addictive properties of the drug I'm almost tempted to become a coke head to test his theories.

Of course, I'm also too broke and curmudgeonly to ever venture off into such wild escapism but it's worthy of a dreamscape scenario on the internet. I'm wondering if anybody has ever utilized the book with any kind of success. I have a feeling that anybody with the propensity to get hooked on hard drugs lacks the discipline to follow a strict diet and/or an exercise routine. I'm hardly one to talk being that I'm a fat bastard extraordinaire.

And an article by Allan Horing discussing the book after interviewing the savage weiner:

2 years later, also wanted to say you're a cunt.

You could have waited until December for our cunt-ing anniversary.