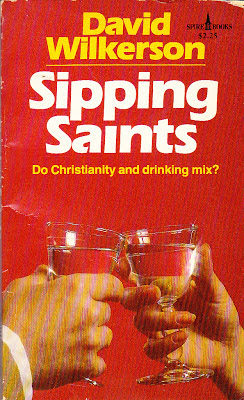 I'm quickly running out of "interesting" books to throw at my non-existent audience. Which is probably a boon considering that I don't have time to read them anyway. I could make space in my schedule by cutting down on this Pulitzer-esque writing but it's far easier to tap these keys for a half hour than to prod through a bad book for the sake of criticism.

As for the question: "Do Christianity and drinking mix? Wilkerson's answer is a succinct NO. While the chapter titles are mainly innocuous the latter sub-section titles are zingers for teetotalers to rail against the unholy imbiber:

Young Married Swingers
Beer and Bibles
Who Are These Stoned Students?
Needed: Preachers With Guts
Sexual Freedom Is A Flop

Zing! Now, an entry and a 10 Commandments of Drinking:

"Why is drinking an irresponsible act for any Christian? Because the machinery of a spiritual heart can run on nothing less than holy oil! God's children do not need something physical to grasp in an effort to live abundantly and joyfully. His joy can't be found in a glass! His peace is not in a bottle! True pleasure is not synthetic but spiritual."

Why do I abstain from all alcoholic beverages? I can give you ten good reasons:
1. It is an offense to new converts
2. It is unscriptural, condemned in both the Old and New Testaments.
3. It is mockery; it is unwise; it leads to "roving eyes."
4. It has the potential to deform unborn babies, poison the liver, and cause depression.
5. It is recommended only for terminally ill people with heavy hearts.
6. It is a shameful example for children.
7. It is wrong because it identifies one with the terror and despair of six million alcoholics.
8. It is a phony substitute for the true wine of the Holy Spirit.
9. It can easily become habituating, even to the godliest of people.
10. It has the overwhelming potential to turn a sober child of God into a swaggering fool.

Well, there you have it. 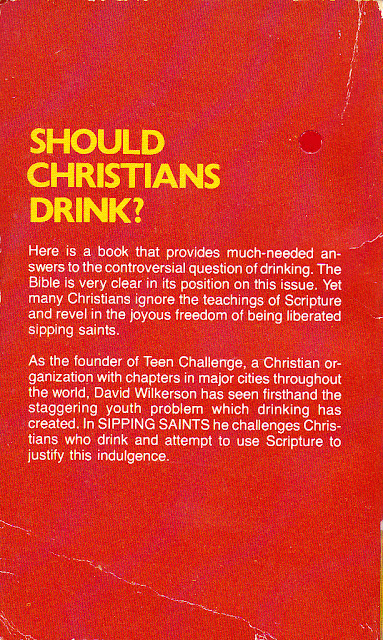