The Vietnam War: A Plot to Get Jeeps Into the Country 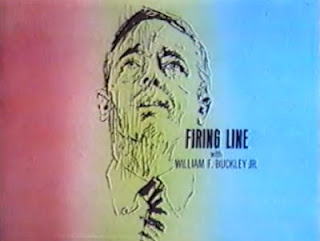 If you asked 100 Americans what the cause of the Vietnam War was the great majority would more than likely exclaim in unison, and quite inaccurately, "Oil!". Likewise, if you asked a hundred history professors they'd chime in with "French Colonialism." But if you asked a very drunken Beatnik novelist he'd comically say "a plot to get Jeeps into the country."

Such was the folly when Jack Kerouac appeared on Firing Line, the William F. Buckley, Jr. founded and moderated public affairs show in 1968. The episode entitled Hippies featured Kerouac, poet and musician Ed Sanders and an academic named Lewis Yablonsky, who had interviewed hippies for his book Hippie Trip which was published around that time. At points throughout the program Kerouac could be heard laughing, making noises,  attempting to talk over other guests and a few times, when the camera panned out, doing pantomime slapstick.

When Buckley finally managed to reel him in with an earnest question about the Beat Generation he became momentarily serious and thoughtful calling the movement, "a generation of beatitude, pleasure in life and tenderness." that the press twisted into a mutiny against society. A view that Kerouac claims was never his intention or purpose.

Continuing, he said that a further alienating element of the pious nature of the movement (remember Kerouac was a "devout" Catholic) occurred when communists and hoodlums joined its ranks. Kerouac called out Ferlinghetti specifically and seemingly shrugged off Allen Ginsberg (the camera switches to him at 8:40) at certain junctures as well.

There was apparently no love lost between Kerouac and Sanders as well. Sanders, who had idolized Kerouac up to that point, had greeted the elder writer before the show with a jovial, "Hello, Dad!" to which an embittered Kerouac responded tersely, "I'm not your father, you son of a bitch!" After the show, Billy Koumantzelis, a writer and friend of Jack's, had to hold him in a headlock on the elevator ride down to prevent him from attacking Sanders, who he felt had attempted to hog the show. Anyway, here's the clip of the show: