A Woman With Mongolism and Her Child 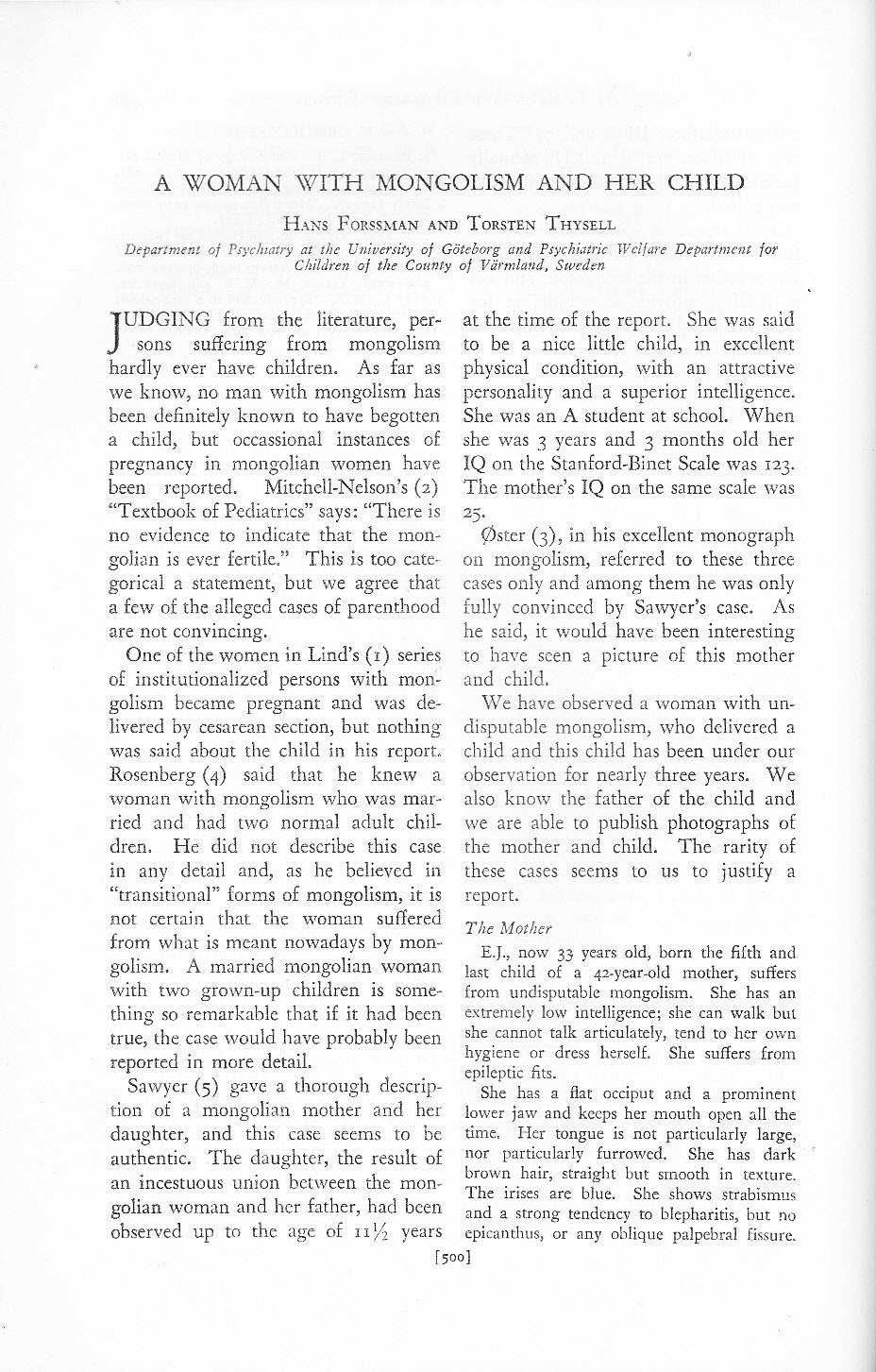 Meet E. J. She's a mongolian from the past. That is, a woman with mongolism and not a person of Asiatic descent. I'm not sure when the distinction came about between the two, if at all, or the existence of any root word relationship or basically anything about either mongolism or Mongolia and for that matter Mongolian people or much of anything else. Yes, I'm merely a raconteur and this is the story of E. J.

The distinction between E. J. and others with mongolism (you might want to right click and open the image in a new tab to read the full page version of the text) is that she was one of the first medically observed "mongols" who had bore a "normal child." Although the child was developmentally slow his physical traits were seen as normal despite some muscular issues. Her thanks for being part of this scientific observation was the deer in the headlights, topless photo below: 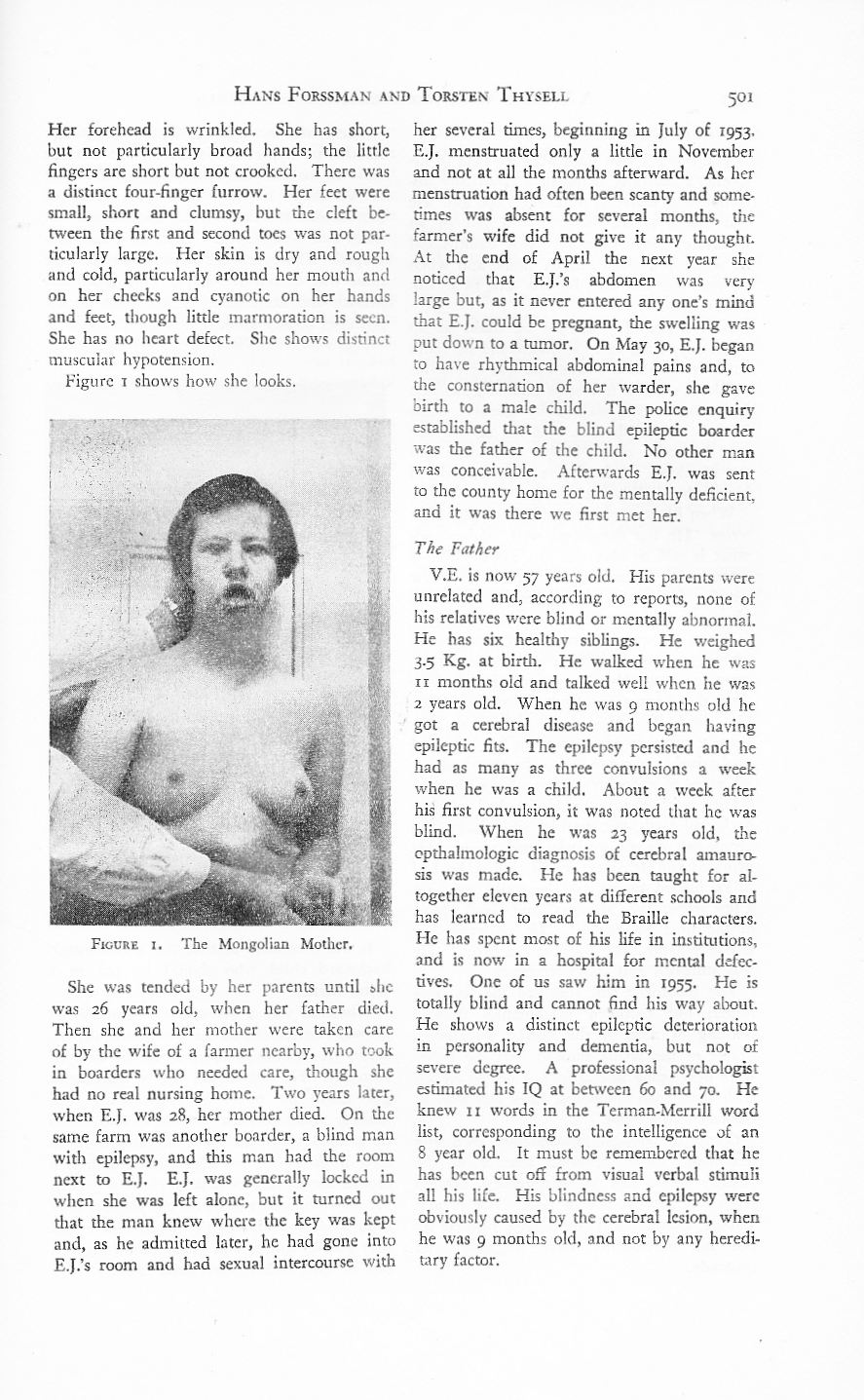 A grotesque lack of professionalism on behalf of the medical researchers but I suppose that the middle part of the 1900s was rife with that sort of Dr. Frankenstein attitude towards special needs patients as they were often treated as guinea pigs. As for E. J's pregnancy, it seems that a semi-retarded and blind boarder at the home she was cared for, after the death of her parents, wasn't quite so slow in the instinctual department. In the aftermath her lack of menstruation and growing abdomen was blindly attributed to a tumor. Which speaks to the 1950s naivete we often hear about but most likely was a convenient oversight more so than a misdiagnosis by the farmer's wife whose care she was in.

The alleged father, V. E., mind you this was the 1950s and paternity was seemingly established via a police interrogation where the mentally retarded man confessed to having intercourse with E. J., was born healthy and contracted a cerebral disease at the age of 9 months which caused epileptic seizures several times a week and culminated in blindness and slowed development. 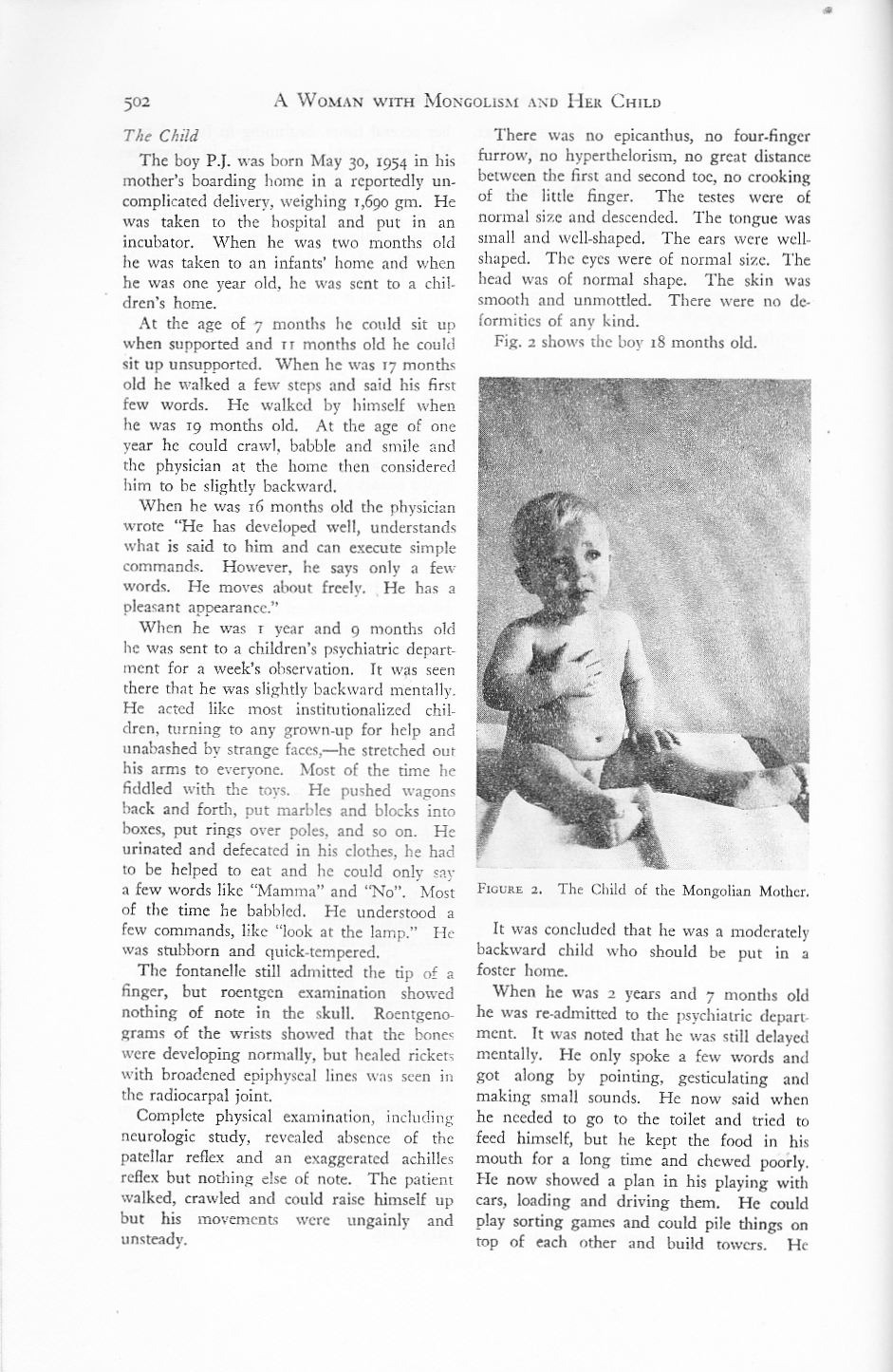 The boy, P. J., was born May 30, 1954 and is quite possibly still alive. He was a handsome little tyke who was eager to interact with both acquaintances and strangers. He walked with a gait and even though his mannerisms were that of a child a year younger than himself, this may have been due to his continued residency in hospital and institutions for much of his young life. 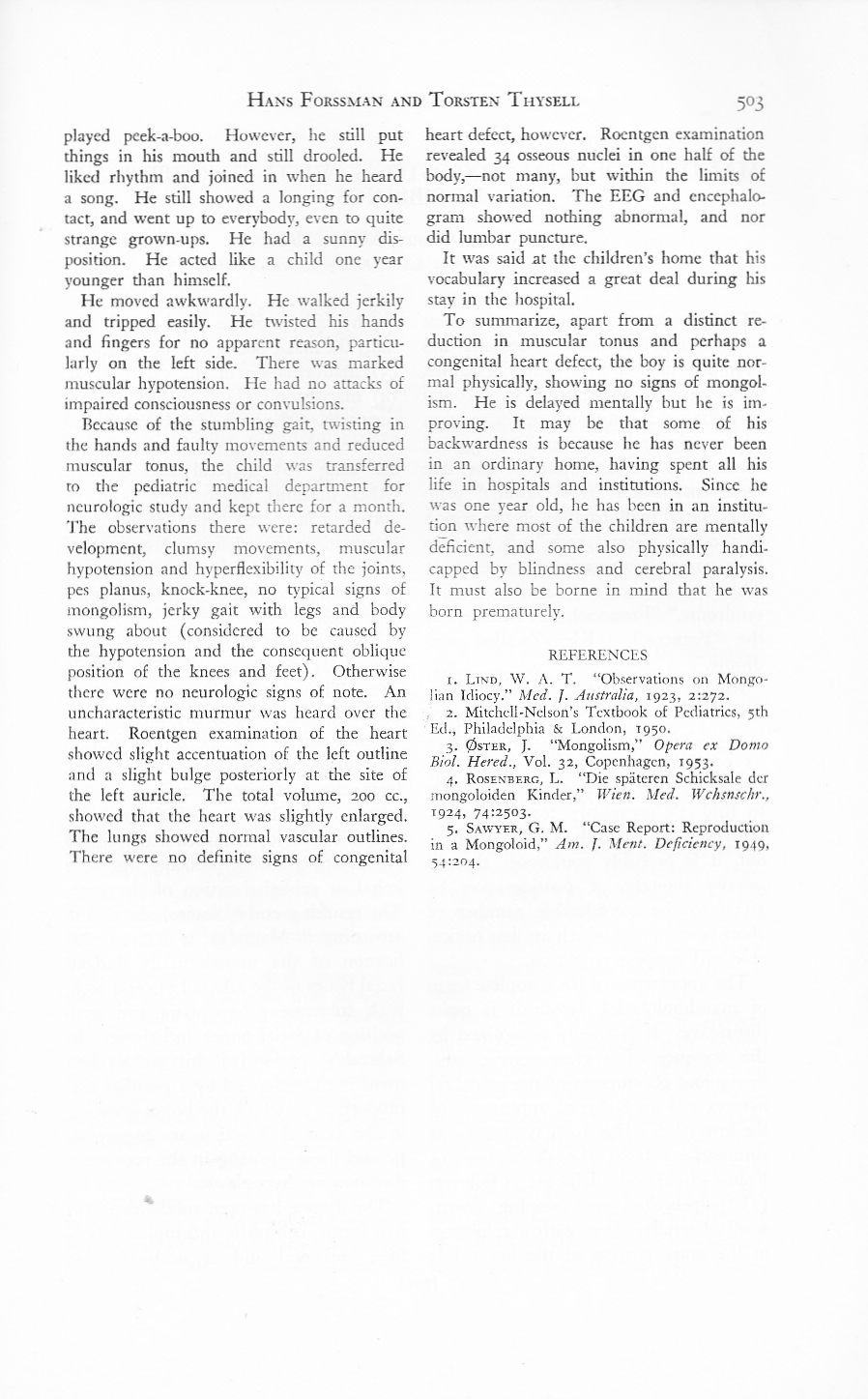 You may be wondering at this point what the purpose of posting this article is and I don't really have an answer. I thought it was an intriguing topic and it's not often that you find a journal of mental deficiency from 1957 but I did and now so have you.
Posted by the at 8:40 AM